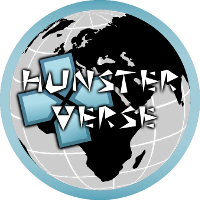 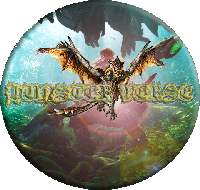 Such a friendly, good-natured, well-meaning idiot. There was just something so heartwarming and

uplifting about his stupidity sometimes, like... like you knew that if things went wrong, he'd be the

first one to screw up and get killed, and not you

Chat/Quote #24 +(19)-
Nall: my fucking entertainment stand just cut the shit out of me
Corona: no me
Nall: who knew pre-formed wood could be so deadly
Nall: *drinks potion, poses, gets run over by raging entertainment stand* Noooo
Wandermeyer: no ME
Burlynate: *entertainment stand uses splinter ITS SUPER EFFECTIVE!
Nall: I was shifting grip while carrying it
Nall: The corners are, apparently, VERY SHARP
Nall: Green at least
Burlynate: use it against a rock, the sharpness should fall pretty quickly
Nall: You know how they say human bites are the most likely to get infected
Nall: Does putting a cut finger inside your mouth do the same thing
Burlynate: yes,
Nall: I'M GOING TO DIE
Burlynate: enjoy your e-coli
Nall: :(
Burlynate: you shouldn't have eaten that
Jask: Next time wear arm equipment.
Burlynate: with guard inc
*** Wandermeyer has signed off IRC (Ping timeout).
Burlynate: or evade +2
Maverynthia: I don't think it works that way Nall, I think it has to be someone else's mouth
Burlynate: Don't read this
jfromeo: it'd be nice to see ppl rolling through cars at the street
*** Wandermeyer has joined #socb.
Burlynate: good luck w/ that, have you seen the hit boxes on those things?
jfromeo: no, but i have roll xploited some :)
Nya: I have.
Nya: First-hand.

Chat/Quote #20 +(48)-
Jask: They screwed up some of the item and weapon names.
wapaloola: the guy at capcom who told Nall about the London gathering actually apologized to him for the names xD

Chat/Quote #19 +(-32)-
Jask: I just got news that the planned game for tomorrow night was canceled, so I foolishly volunteered to run a one-shot. One person has already stated interest in playing an Abyssal
Tleilandrek: o.o
Tleilandrek: Hmm.
Tleilandrek: Advice?
Tleilandrek: I monster hunter
Jask: Started playing the game, have you?
Tleilandrek: no PSP.
Tleilandrek: But, make it like that.
Jask: ...
Jask: I like it
Jask: There is this one shadowlands with a behomoth...
Jask: behemoth*
Jask: Its mouth leads to oblivion
Tleilandrek: When in doubt.
Tleilandrek: Monster hunter.

Chat/Quote #18 +(14)-
HotGamerOne: dash speaks congalala language...
Sev|afk: Do congalala and blangonga speak the same language?
thraadash: Slightly different dialects.
thraadash: Like teochew and hokkien.
thraadash: Congalala more jungle, Blangonga more icelandic.
Sev|afk: So I guess the green and pink congalala speak to each other in something like american and british english?
thraadash: Congalala has more words for "Eat it and you will die". Blangonga has more words for "Eat it or you will die."
Sev|afk: I'd say rajang speaks in ebonics instead of australian
Sev|afk: yo 'sup mutha etc.

Chat/Quote #14 +(12)-
Arayu|Away: Technically couldn't you call 2G an "untranslated demo"?
thraadash: hahahahahaha
Jask: If they have to use 2G in the display, they must not be very far in translating
zenkuso: true, but the english version unite is gonna have less blood! woot :(
thraadash: A better than the original, demo.
Arayu|Away: Yeah...
thraadash: Or, they might be waiting for us.
thraadash: HAHAHAHAHAHAHAHAHAHAHHA

Chat/Quote #12 +(13)-
Seamus: Afk, I'm bored now, so I'm gonna bash in Naruga's face with a Teostra Del Sol.
LikeNoWay: Naruga looks like a cat...
Seamus: Way to fucking state the obvious, LWN.
LikeNoWay: That's LNW to you, sir!
LikeNoWay: And it's more like dog..
xXHasukiXx: No narga looks like a rat
LikeNoWay: No, it's a bat. :)
xXHasukiXx lol
Prime223: I thought it was a panther slash bat
Prime223: thing
LikeNoWay: Nope, that's a black person's penis.

Chat/Quote #10 +(62)-
tm10: There was a girl I saw today who was really cute and shy. She was playing a hand held game and I was going to ask her out. I saw that it was a DS and I just walked away.

Chat/Quote #9 +(49)-
thraadash: Wear a Felyne suit and charge in with a barrel filled with Nitroglycerine?